I recently read a book called, My First Novel – tales of woe and glory as edited by Alan Watt. It is a collection of writing experiences from published authors. In it, I read Cynthia Bond’s experience writing Ruby. It was intriguing.

Then I saw that Ruby was on Oprah’s Book Club. Now, I love Oprah. I love books. Oprah’s Book Club is a wonderful thing. But I have had a couple of regrets with it. I’m talking to you One Hundred Years of Solitude! I hated that book!!

Ruby is a heartbreaking and horrific book. Yet it is also profound and moving at the same time.

The book tells the tale of Ruby Bell. She has returned to her hometown of Liberty, Texas. She left for New York city in the 1950’s and returns to the small, hateful and judgmental town and faces her past.

There is also Ephram Jennings. He has been in love with Ruby since he was a child. Ephram is a grown man who lives with his older city, Celia. Celia is an orderly, cooking, strong-willed, “church mother” elect woman who has raised Ephram since the committal of their mother and the death of their father. Ephram calls her “mama” and pretty much does as she and the town expects.

Ruby is not liked by the town. She seems crazy and is a woman of ill-repute. She’s been had! A lot. Spirits are drawn to her and she lives in dismal conditions taking care of her spirit children and receiving food from a local woman all while being haunted and terrorized by an evil spirit.

This is a story of redemption and redemptive love. Ephram struggles against the will of the entire town, his church and his strong-willed sister  to try to be there for Ruby.

Cynthia Bond’s writing will make you think of Toni Morrison or Zora Neale Hurston and maybe even Alice Walker. Her prose is beautiful. She can really turn a phrase.

However, there are times when I was reading this and thought of Stephen King. You know how his novels feature a small town with underlying evil things, people and secrets that all converge because of some circumstance that brings about a fight between good and evil? That’s how this novel felt to me.

The further you read, the more haunting it becomes. There were a couple of times that I had to put the book down because I was either terrified or the scene was so horrific that I recoiled in disgust.

Yes, this book contains disgusting things. There is abuse, child rape, voodoo and murder. There is some gruesome goings on in the town of Liberty!!

But again, there is also redemptive love. There is one line in the book where Ephram tells Ruby “If you can bear to have lived it, I can at least bear to listen.” Ephram’s ability to listen and actually see Ruby really warms the heart.

It also reminds me of all that our people have survived. All of the undiagnosed mental health issues our community faces and all of the secrets that our community contains.

Again, this book is horrific. But if Cynthia Bond can bear to have written it, and she discussed how hard it was in the book My First Novel, then I could bear to read it and testify to its greatness.

But make sure you read it in daylight. 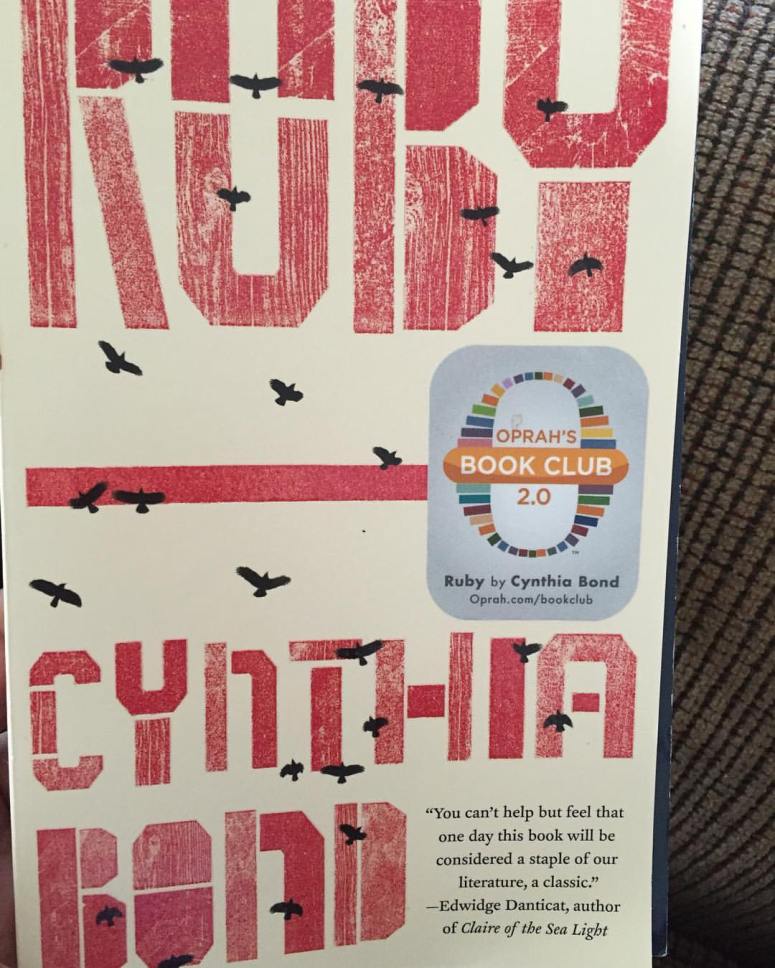 Mother – a poem for my mom

Everything but laundry and groceries.

Race for the Iron Throne

Widening the Margins Since 2013

A BOOK BLOG FOR ALL MY DARK & TWISTY READS

Assay: A Journal of Nonfiction Studies

In the Classroom Blog Series

Living the dream as a photographer, van dweller, and travel blogger

Daily Discussions of craft and the writing life

a to z of the writer of the a to z

a journal of creative and critical writing

Life Doesn't Have To Be Perfect To Be Wonderful.